The opinions of complete strangers have an incredible impact on any business and, more to the point, consumers making buying decisions. Understanding how online reviews work is critical for businesses looking to maintain a positive public reputation.

Can You Remove Bad Online Reviews? No.

That’s because online review platforms make money on bad reviews.  Yelp built their entire business by monetizing bad reviews according to the documentary Billion Dollar Bully. Sitejabber has a different business model.  If you pay them a monthly fee of at least $199 you get a fighting chance to remove bad online reviews – IF THEY ARE FAKE..  For $399 per month you can remove bad reviews all day long – Again, IF THEY ARE FAKE.  See for yourself.

Strictly speaking there is no current method to remove negative reviews. That said, you do not have to be held hostage by online review platforms. You have options.

There are so-called  “reputation management” companies and my advice is to move any such emails to your junk mail folder along with those “business opportunities” from Nigeria. They’re bullshit.

Google, Yelp, TripAdvisor, and other well known review websites built their own reputations on delivering reviews. Some try to blacklist businesses that attempt to game the system by writing fake negative reviews or paying someone to post false positive reviews.  This happens all day long and more attempts to stop fake reviews fail than succeed.

To give you front-and-center proof you can’t pay to remove bad reviews learn from our example.

In 2016 we hired a law firm to go after an anonymous competitor who created and published a website using a derivative of our domain name – “crowdfundbuzz.co”.  This unethical, relentless scumbag went so far as to run Google search advertising to intercept every possible search away from us and direct them to their bogus website which slammed my firm seven ways to Sunday.

Here are the letters our lawyer sent: 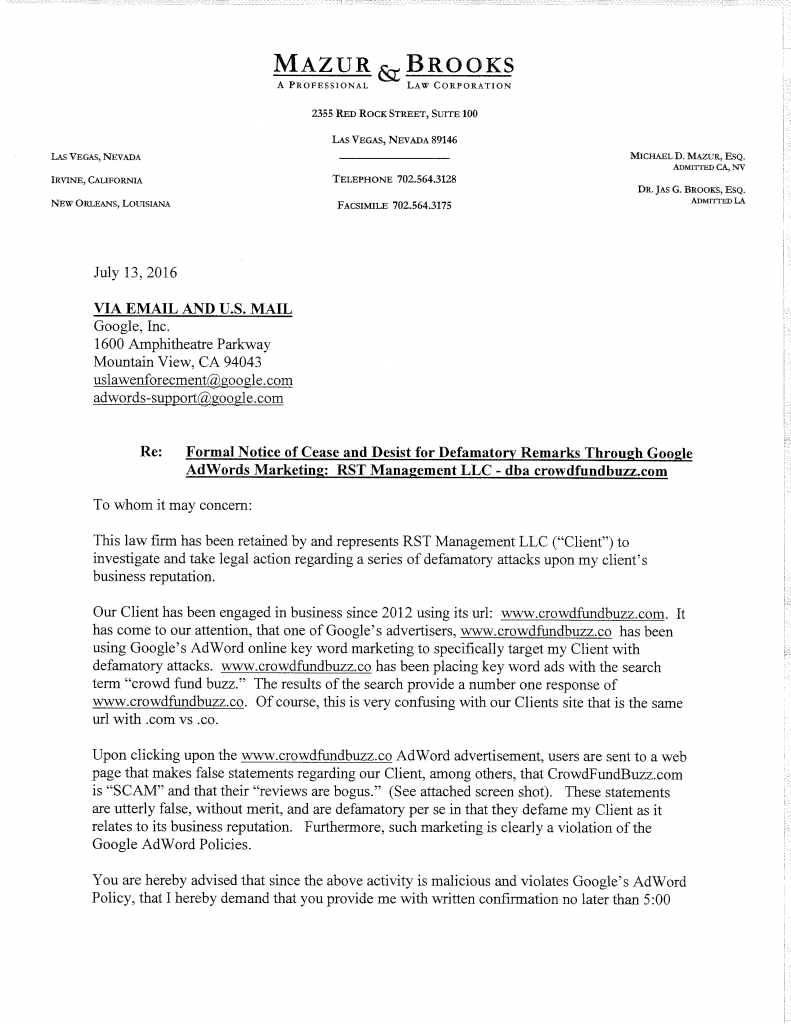 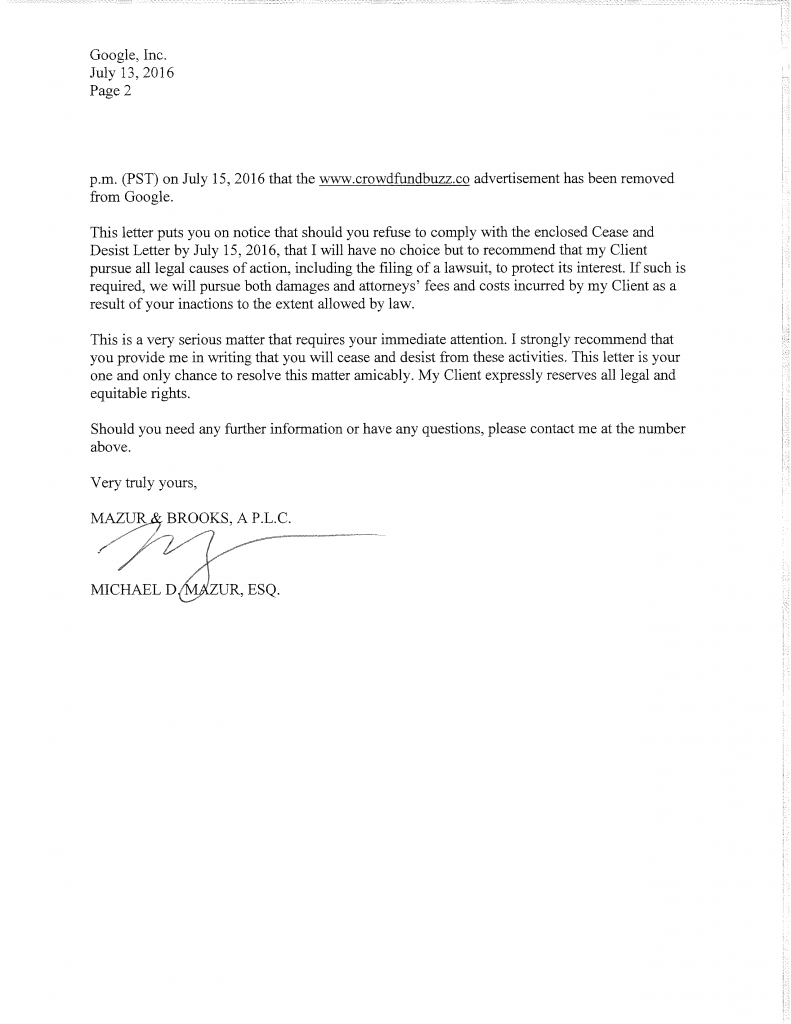 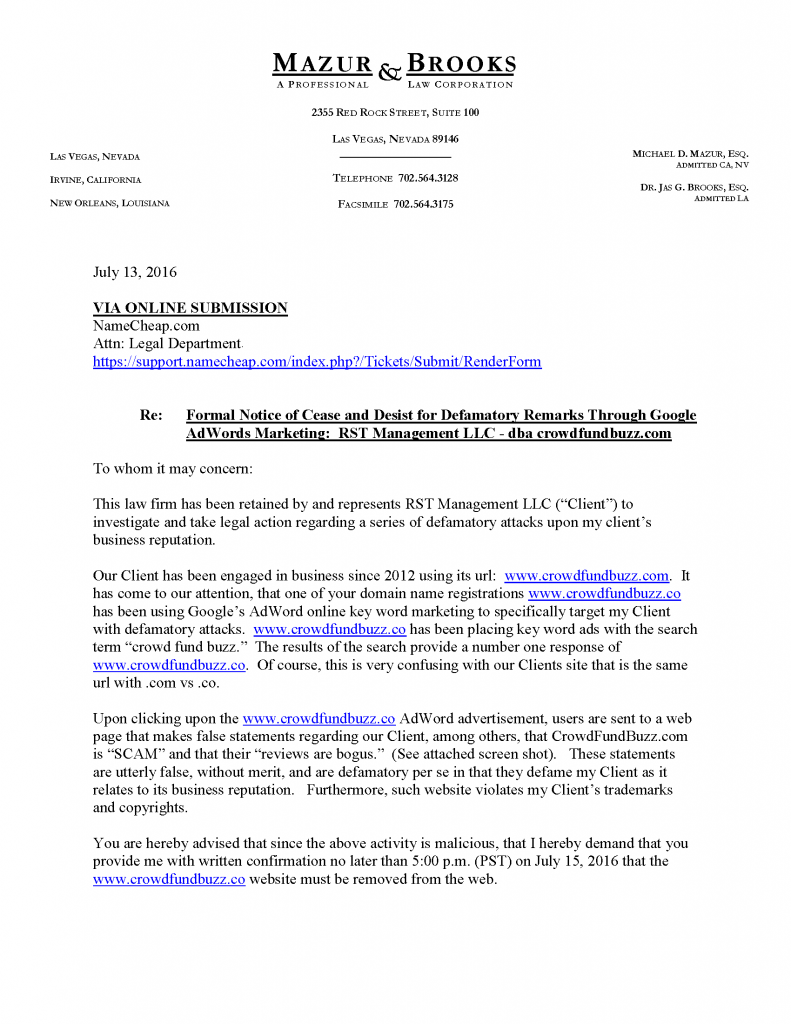 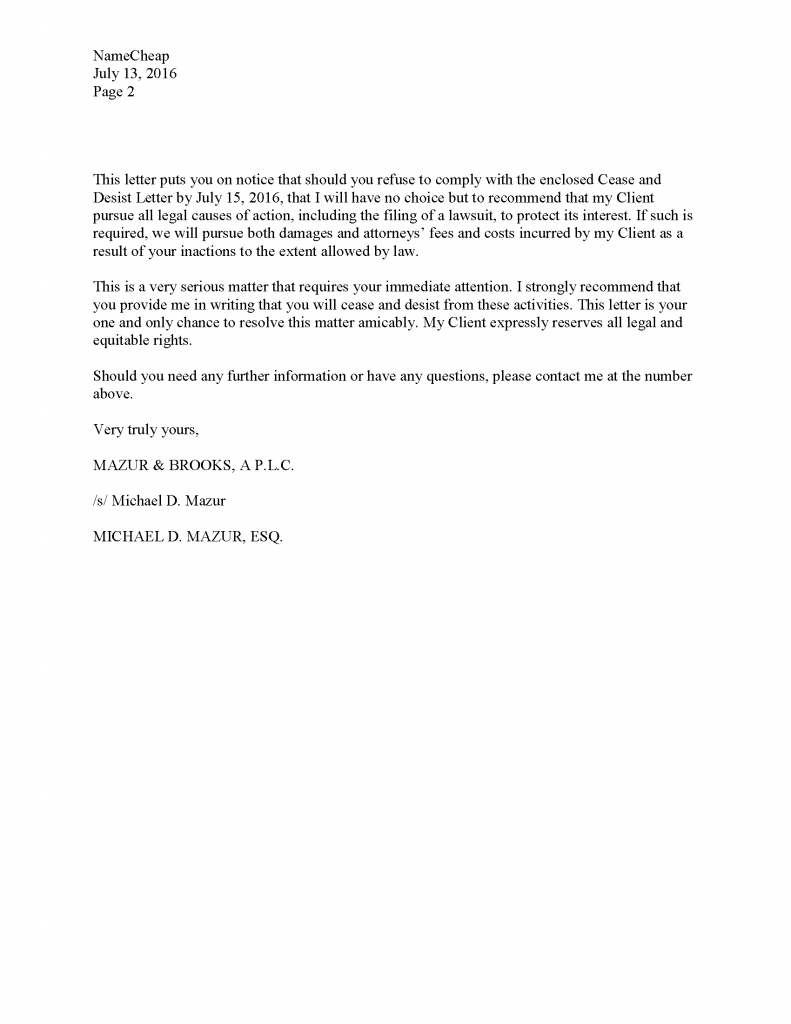 Nothing happened.  We didn’t even receive the courtesy of a reply from anybody. Dropping tens of thousands of dollars on a very expensive lawsuit was not an option for us. It was money we didn’t have.

Crowdfund Buzz stood its ground.  We stood there and took it and fought back as best we could.  We took lots of hits but we refused to sink. We lost truckloads of money in terms of lost sales. We didn’t quit doing our best but that scumbag did.  A year came and went.  After several months the Google ads stopped.  Then the domain name expired and we bought it immediately.

We call this evil experience the year from hell.

By now you’re asking yourself – What can I do about bad reviews?

We gave you undeniable front-and-center proof you can’t pay to remove bad reviews. Learn from our mistakes and expensive experiences. Don’t waste your money like we did. Let us put everything we learned to work for you.

It’s important, as a business owner, to monitor and respond to online reviews – both good and bad – in order to connect with your customers and give context to their comments so you can make more sales.

As you can see from our example, you will undoubtedly come across instances where reviewers launch an all-out assault on your business’s integrity and reputation. The comments themselves are out of your control but your response is totally up to you.  We’ll be your response team.

Judo is a beautiful form of martial arts that teaches the artist to redirect force instead of confronting it head on. We’ll deal with negative reviews for you and redirect your negatives to positives. 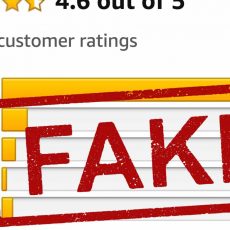 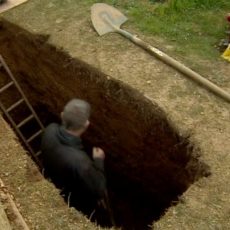 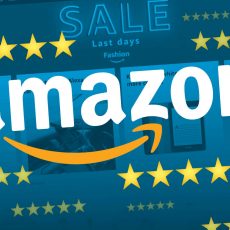